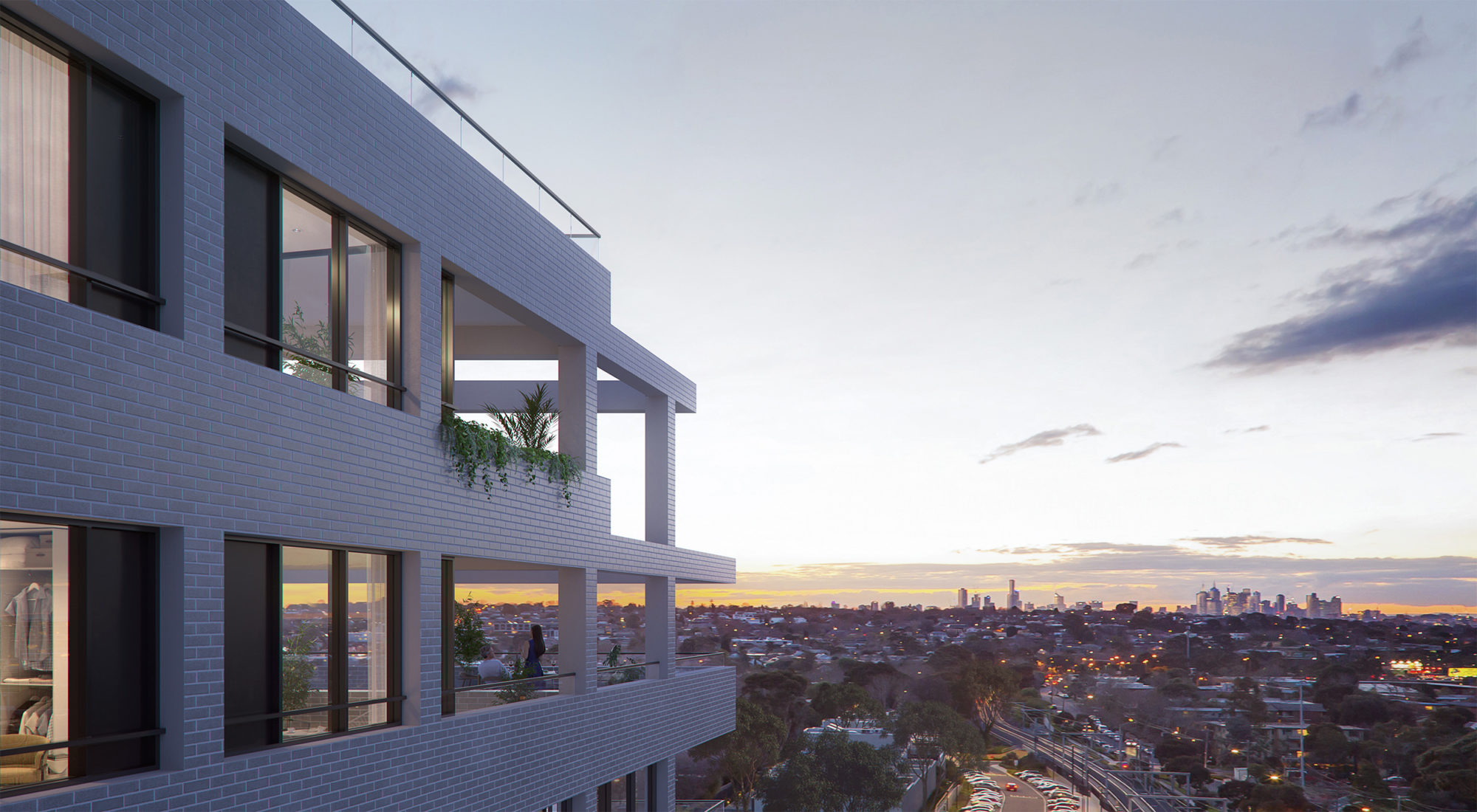 From award-winning masterplanned communities in Bundoora to top-end penthouses in South Yarra, developer Dealcorp has been pioneering landmark residences for 35 years.

Originally established in 1984 by executive chairman David Kobritz, the business has grown organically over the years and has become one of the most respected names in the property industry.

The small team has completed 16 projects since 2011, such as Polaris 3083. The development is the perfect example of the benefits of urban renewal in Melbourne’s inner north. The site, which had fallen into disuse, now has a vibrant retail precinct with a supermarket, Dan Murphy’s, and 26 retailers which service both the Polaris apartment residents and the local neighbourhood.

“We pride ourselves on over-delivering on all aspects of a project,” says David. “Whether it’s upgraded tiling or flooring, increased landscaping, or improved signage, we will always look for ways throughout construction to improve the outcome of a project.”

“We’re extremely proud of all our projects, however, a recent highlight was our C.F Row Development, completed in late 2017.”

“The site is located in one of Fitzroy’s most iconic tree-lined streets and the original building was a beautiful brick warehouse which, surprisingly, wasn’t heritage listed. We chose to retain the façade and the result is an iconic building which sets a new standard for apartment developments in the area.”

With a vision like this, it’s only natural the company jumped at the prospect of turning a crossing level nightmare into a residential precinct which will provide value for the whole Glen Iris community.

Named The Residences at Glenarm Square, the development is set to deliver a collection of one, two and three bedroom homes designed by award-winning studios Plus Architecture and Hecker Guthrie. Residents have access to exclusive shared amenities such as a fully equipped gymnasium and 20-metre indoor pool, as well as a communal lounge and business hub.

In addition to the 2,700 sqm site, there will be 1,000sqm of public retail and commercial space, spread over two levels. The north-facing plaza will deliver new office spaces, eateries and other modern amenities for both residents and commuters passing through.

“As a developer, it was critical for us to create new community connections at Glenarm Square, as well as apartment solutions,” David says. “The site acts as an access point to the plaza for both the surrounding residents and those who will live in the building.

“Glenarm Square is an opportunity to regenerate and re-activate one of Melbourne’s most in-demand inner eastern suburbs in a specific locale where this kind of community amenity is currently lacking.”

Register to stay in touch

Keep up to date with
all our project news